We often compare the investment holding company model to the more common venture capital fund. A typical venture fund makes 15-20 investments in its 10 year lifetime. Or more specifically, it finds and invests in 15-20 total companies, often joining in one, two, or three rounds of investments per company over 10 years.

Africa Eats began with a portfolio of 27 companies. We’ll eventually add more, but for now that is plenty. Plenty, as in the first 10 months of operations we’ve made 20 investments into these companies. On average, one every other week.

That sounds like a lot but for us, it has been a slow year. We had hoped to do a lot more but we’ve been busy educating investors on the holdco model instead.

Beyond the quantity, what sets Africa Eats’ apart from other investors is the speed at which we make these investments. This is again a benefit of our structure. We’re not a “blank check” company. We don’t have companies coming to us cold or through introductions for funding. Instead our portfolio all come from the Fledge network of accelerators, and from there we already know these companies better than 99.9% of investors know their companies. Thus when one of our bizi sends us a financial need, our diligence is focused solely on that issue or opportunity.

Because of that, our fastest investment was done in 48 hours and typically we paper up an investment and wire out funding within a week or two.

There are co-investors in our bizi and the fastest we’ve seen from any of them is three months, and far more typically is six, nine, or fifteen months. That is just too long. Entrepreneurs don’t have the patience for a multi-month process. We know, as everyone in management at Africa Eats is not only experienced as an investor, but also has been an entrepreneur before too.

We’re still a month away from the first anniversary of incorporating Africa Eats, and two from the start of operations. Hopefully this time next year we’ll be touting 50 or more investments, averaging one per calendar week, minus a holiday or two. 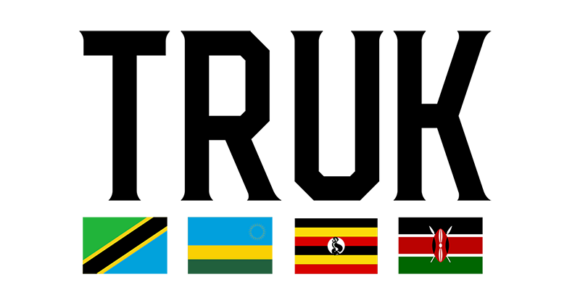 Back in 2020 when the pandemic began, Paniel Meat Processing found itself with an internal logistics system covering the major cities in Rwanda, but excess capacity due to the lockdowns. To keep the trucks busy, they spun out Paniel Transport & Logistics. Creating new companies to solve internal problems was not new to Herve Tuyishime, founder/CEO. He had done the same with livestock...

Which of the dozens of fast-growing companies in the portfolio grew the most in 2021? There are two ways to answer that question. Agro Supply, by percentage Measured by percentage, Agro Supply grew the fastest, from $217,000 of of revenue in 2020 to just over $1 million in 2021. Nearly five-fold for the year. This is a company with a unique model for smallholder farmers to invest in agriculture...

2022 begins the third calendar year of operations for Africa Eats. One unique aspect of the investment holding company is that it included a portfolio of companies from Day 1. Despite the pandemic we not only didn’t have any failures in these past two years but our entrepreneurs have grabbed new opportunities and spun-off or spin-up new companies, and we’ve added most of them to the...

Thanks to Wefunder, you can own shares in Africa Eats. 124 investors have joined in so far, pledging more than $425,000. The minimum investment is just $100 and anyone in the world can buy these shares. wefunder.com/africaeats The pitch deck is viewable on that crowdfunding site along with videos stories from the bizi. A video version of the pitch is watchable on Youtube below. Every dollar gets...